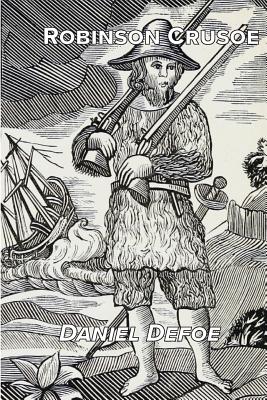 "Thus fear of danger is ten thousand times more terrifying than danger itself when apparent to the eyes; and we find the burden of anxiety greater, by much, than the evil which we are anxious about." While the Americas had long been known to Europeans, it still remained a land of mystery and brutality. Robinson Crusoe is an epic story of a prodigal son who finds himself marooned on an uninhabited island off the coast of South America. Death was always around the corner, but survival was the only option. In 1719, Daniel Defoe published Robinson Crusoe, it was one of the first novels written in the English language. At the time of its publication it was thought to be a true first hand account of the main characters travels. It remains the most translated work, second only to the Bible.

Born in 1660, London, England, Daniel Dafoe is a stalwart in English literature. Born to middle class parents, James Foe, he could not have been able to afford attending the Cambridge or Oxford University. Fortunately, his father sent him to another excellent academy, the Newington Green, which was headed by Reverend Charles Morton, and shaped his early education. He didn't begin his career with writing. He started out as the owner of a failing business which was facing bankruptcy and had many creditors vying for money. The most famous work by him is Robinson Crusoe, which is considered one of the most influential and most read novels of all time. Dafoe published his popular novel The True-Born Englishman, exposing the fallacies conveyed by racial discrimination and prejudices in 1701, becoming the lead pamphleteer in the reign of William III.