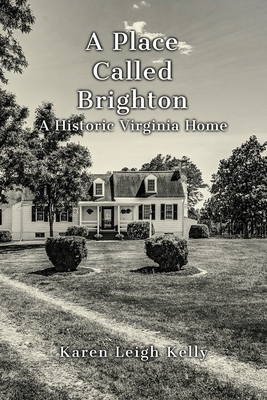 The story of the farm called Brighton began almost 300 years ago during a time of conflict between Native American tribes and encroaching English landowners. The English had arrived in Virginia armed with land grants from the British crown, along with dreams of settling along the fertile rivers of the Tidewater region. It was also a time when families came to the colonies searching for independence and the freedom to live in peace and prosperity.

While the original landowners of Brighton remain a mystery, Karen Kelly presents the stories of the families who lived there, based on tax records, land deeds and scraps of burned records recovered from several devastating fires at the King William, Virginia courthouse. Many of the family names-Byrd, Hill, Douglas, Pendleton, Haynes, Walker, Taylor-are well known in Virginia. In 1952, a young doctor, Claude Kelso Kelly, purchased the historic property known as Brighton. Though tragedy and heartbreak would shorten his time at Brighton, the Kelly family continues to maintain his vision for 'A Place Called Brighton.'