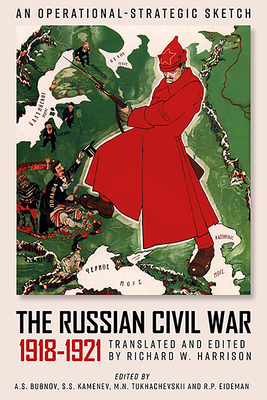 The Russian Civil War was one of the most fateful of the 20th century's military conflicts, a bloody three-year struggle whose outcome saw the establishment of a totalitarian communist regime within the former Russian Empire. As such, it commands the attention of the military specialist and layman alike as we mark the one hundredth anniversary of the war's end.

This work is the third volume of the three-volume Soviet official history of the Russian Civil War, which appeared during 1928-1930, just before the imposition of Stalinist orthodoxy. While the preceding volumes focused on the minutiae of the Red Army's organizational development and military art, this volume provides an in-depth description and analysis of the of the civil war's major operations along the numerous fronts, from the North Caucasus, the Don and Volga rivers, the White Sea area, the Baltic States and Ukraine, as well as Siberia and Poland. It also offers a well-argued case for the political reasons behind the Bolsheviks' military strategy and eventual success against their White opponents.

And while it is a certainly a partisan document with a definite political bias, it is at the same time a straightforward military history that manages to avoid many of the hoary myths that later came to dominate the subject. As such, it is easily the most objective account of the struggle to emerge from the Soviet Union before the collapse of the communist system in 1991.