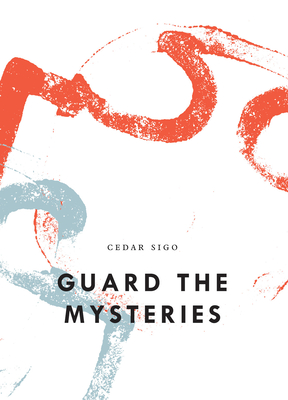 Guard the Mysteries is a compendium of five talks that the poet Cedar Sigo presented for the Bagley Wright Lecture series. Retracing the ways in which he first encountered the realm of poetry, Sigo plumbs the particulars of modern critique, identity politics, early influences, and poetic form to produce a singular 'autobiography of voice.' Across these lectures, Sigo explores his childhood on the Suquamish Reservation, while paying homage to revolutionary artists, teachers, and thinkers whom have shaped his poetic aesthetic. Simultaneously timeless and extremely timely, these talks ponder the presences that California Buddhism, LGBTQ+ experiences, and Native Nations occupy in the poetic world and the world at large.

Cedar Sigo was raised on the Suquamish Reservation in the Pacific Northwest and studied at The Jack Kerouac School of Disembodied Poetics at the Naropa Institute. He is the author of eight books and pamphlets of poetry, including Language Arts (Wave Books, 2014), Stranger in Town (City Lights, 2010), Expensive Magic (House Press, 2008), and two editions of Selected Writings (Ugly Duckling Presse, 2003 and 2005). He has taught workshops at St. Mary's College, Naropa University and University Press Books. He is currently a mentor in the low residency MFA program at The Institute of American Indian Arts. He lives in Lofall, Washington.