The Ashley Book of Knots (Paperback) 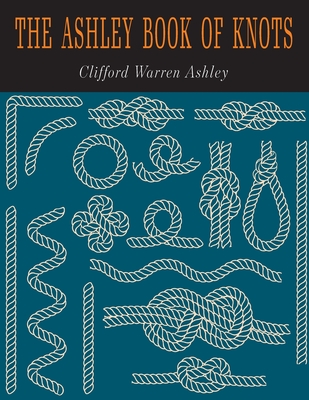 Facsimile of 1944 Edition. The Ashley Book of Knots is an encyclopedia of knots written and illustrated by the American artist Clifford W. Ashley. First published in 1944, it was the culmination of over 11 years of work. The book contains exactly 3854 numbered entries and an estimated 7000 illustrations. The entries include knot instructions, uses, and some histories, categorized by type or function. It remains one of the most important and comprehensive books on knots. Due to its scope and wide availability, The Ashley Book of Knots has become a significant reference work in the field of knotting. The numbers Ashley assigned to each knot can be used to unambiguously identify them. This helps to identify knots despite local colloquialisms or identification changes. Citations to Ashley numbers are usually in the form: "The Constrictor Knot (ABOK #1249)", "ABOK #1249" or even simply "#1249" if the context of the reference is clear or already established. Some knots have more than one Ashley number due to having multiple uses or forms. For example, the main entry for #1249 is in the chapter on binding knots but it is also listed as #176 in a chapter on occupational knot usage.