The Story of Mankind (Hardcover) 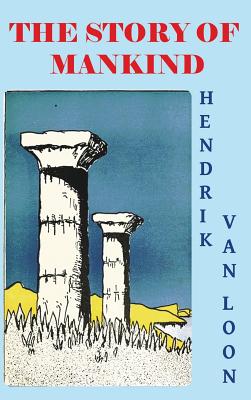 The Story of Mankind (Hardcover)

The Story of Mankind was written and illustrated by Dutch-American journalist, professor, and author Hendrik Willem van Loon and published in 1921. In 1922, it was the first book to be awarded the Newbery Medal for an outstanding contribution to children's literature. Written for his children (Hansje and Willem), The Story of Mankind tells in brief chapters the history of western civilization beginning with primitive man, covering the development of writing, art, and architecture, the rise of major religions, and the formation of the modern (for 1921) nation-state. Van Loon explains in the book how he selected what and what not to include by subjecting all materials to the question: Did the person or event in question perform an act without which the entire history of civilization would have been different? The author was born in Rotterdam, Netherlands, the son of Hendrik Willem van Loon and Elisabeth Johanna Hanken. He went to the United States in 1902 to study at Cornell University, receiving his degree in 1905. In 1906 he married Eliza Ingersoll Bowditch, daughter of a Harvard professor, by whom he had two sons, Henry Bowditch and Gerard Willem. After having revisited Germany many times in the 1920s, he was banned from the country when the Nazis came to power. His 1938 book Our Battle, Being One Man's Answer to "My Battle" by Adolf Hitler earned him the respect of Franklin Delano Roosevelt, in whose 1940 presidential campaign he worked, calling on US-Americans to fight totalitarianism.