The Economics of Meaning in Life: From Capitalist Life Syndrome to Meaning-Oriented Economy (Paperback) 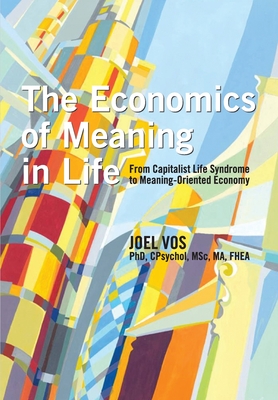 There is not such a thing as value-free economics. All economic theories prescribe a unique meaning in life. What meanings are hidden in economic theories? How can we live a meaningful life despite the meanings that economists and politicians promote?

The Economics of Meaning in Life offers a unique multidisciplinary study that systematically examines the meanings that are often hidden in economic and political debates. This book starts with a brief world history of how people have experienced meaning in different economic systems. For example, authors on capitalism often have a rational focus on materialistic and self-oriented types of meaning in life. Subsequently, the book describes research showing that many individuals feel taken hostage by this capitalist perspective, but simultaneously defend its meanings. This is the Capitalist Life Syndrome, named after the Stockholm Syndrome where hostages like their hostage-takers and develop a psychological alliance with them. Similar to the Communist Life Syndrome, individuals take over this capitalist approach to meaning even though these syndromes may not be good for their mental health.

In response to the Capitalist Life Syndrome, increasing numbers of people want personal and societal change. A review of research discussed in the book shows that increasing numbers of people have started to focus on social and larger types of meaning since the 2007/2008 market crash: the meaning-oriented economy. Many aspects of the economy are transforming, from personal job-motivation to organisation structures, human resource management, and production. People search for new meaning within, outside, against, and beyond capitalism. This meaning-oriented trend is the future of economics, according to leaders in for example the World Economic Forum.

This is the first book to integrate systematic empirical studies on meaning in life with economic theory, written by a leading researcher on meaning. The author makes his insights accessible with examples ranging from conversations with London CEO's and Ugandan orphans to political uprisings in Latin America, environmentalist campaigns, and COVID-19. The author defends the human right to a meaningful life and recommends practical meaning-oriented steps for political campaigners.

The Economics of Meaning in Life is for all readers who are interested in the real life-world hiding behind the veils of traditional economics and politics. This book should be required reading for all students of economics, psychology, sociology, and philosophy.

Because everyone deserves a meaningful life.