"I Am a Phenomenon Quite Out of the Ordinary": The Notebooks, Diaries and Letters of Daniil Kharms (Cultural Revolutions: Russia in the Twentieth Century) (Hardcover) 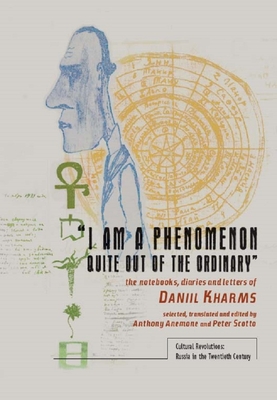 In addition to his numerous works in prose and poetry for both children and adults, Daniil Kharms (1905-42), one of the founders of Russia's "lost literature of the absurd," wrote notebooks and a diary for most of his adult life. Published for the first time in recent years in Russian, these notebooks provide an intimate look at the daily life and struggles of one of the central figures of the literary avant-garde in Post-Revolutionary Leningrad. While Kharms's stories have been translated and published in English, these diaries represents an invaluable source for English-language readers who, having already discovered Kharms in translation, desire to learn about the life and times of an avant-garde writer in the first decades of Soviet power.

Peter Scotto (PhD University of California, Berkeley) is professor of Russian language and literature at Mount Holyoke College. He has published many articles on Russian poetry and prose, and his translation of Aleksandr Blok's The Twelve appeared in the St. Petersburg Review in 2012.