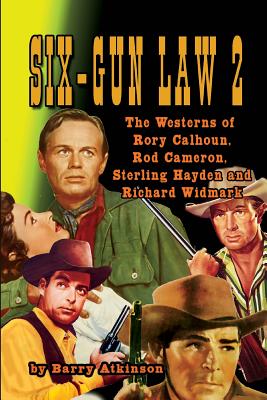 Like Scott, Murphy, McCrea and Montgomery, the subjects of

volume one, the four actors showcased in this second volume, Rory

in Calhoun's case). ey were also naturals in the saddle, born to

ride, even Hayden, their combined output in the eld an enduring

reminder of how, many, many years ago, the Western movie reigned

supreme over all others. So let's hit four divergent trails out West

with four contrasting meaner-than-hell hombres and see how they

coped, in true Western tradition, with bad guys (when they weren't

being bad guys themselves), Indians on the warpath, sexy saloon

the construction of railroads on schedule across hostile terrain, the

felling of timber and, in two instances, the legendary battle of the

Alamo, all lmed in and around America's breathtaking untamed,

rocky native scenery. You won't be bored for a single second