For My Legionaries (Hardcover) 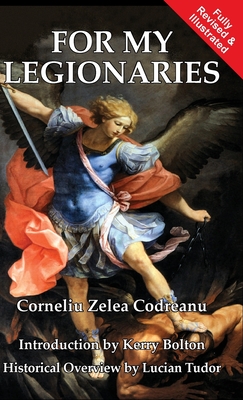 For My Legionaries is the passionate autobiography of Corneliu Zelea Codreanu, a Romanian patriot from the early 20th Century who founded the Legion of Michael the Archangel, also known as The Iron Guard. This unprecedented movement saw itself as a crusade in the modern world, battling against liberalism, political corruption, Communism, and the threat of foreign cultural domination from Jewish organizations. Combining Christian spirituality, ethnic nationalism, supra-personal devotion to one's people and king, and a warrior ethos, which culminated in confrontations with the police and army, assassinations, public trials, and murder.

This new edition of For My Legionaries is distinguishable from previous editions by the inclusion of 100 pages of new text, footnotes, appendices and photographs which are a crucial aid to understanding the book and its context.

With an introduction by Kerry Bolton, and a historical overview of the entire history of the Legionary Movement from its beginnings to the present time by Lucian Tudor, this edition of For My Legionaries is the most comprehensive edition published to date.