For a Positive Critique (Paperback) 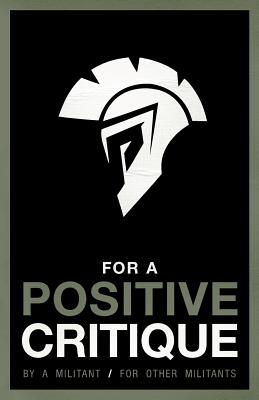 By Dominique Venner
$13.80
Not on our shelves at the moment, but we will order it for you.
(This book cannot be returned.)

Before becoming disillusioned with political militancy and retiring to a quiet rural life where he wrote the majority of his historical and metapolitical texts, Dominique Venner was heavily involved in the fight for French Algeria, both during and after the war. While serving a prison term for his involvement with the dissident paramilitary group, the Organisation arm e secr te (OAS), he sought to write a text that would synthesize the vast domain of right-wing thought into a coherent political doctrine, a right-wing manifesto in the same vein as Vladmir Lenin's What is to be Done?

For a Positive Critique is the fruit of that labor, and it sowed the seeds for his future metapolitical endeavors with Europe-Action, GRECE, and ILIADE.