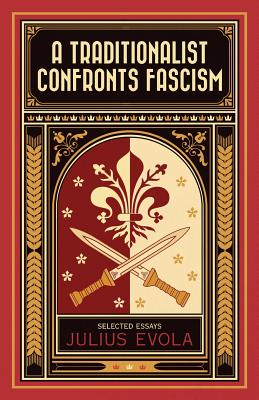 This volume, a companion to Evola's Fascism Viewed from the Right and Notes on the Third Reich, contains many of his occasional essays on the topic of fascism as understood from a traditionalist perspective which were written between 1930 and 1971, thus comprising both his contemporary and post-war assessments of the fascist phenomenon. Here we find Evola's views not only on Italian Fascism and German Nazism, but also his discussions of other movements such as the Spanish Falange and the Japanese Imperial ideal, as well as his commentary on such diverse subjects as Nazi esotericism, the idea of a new spiritual Order to lead Europe, and the reasons for his rejection of Nazi biological racism. Also included are interviews Evola personally conducted with Corneliu Codreanu, the leader of the Iron Guard, and Count Coudenhove-Kalergi, the founder of the Pan-European Movement (the forerunner of the European Union), and the full text of 'Orientations', the famous essay Evola wrote in 1950 concerning the proper approach of the European Right in the post-war era which he further developed in Men Among the Ruins. These essays show Evola to have been an unsparing critic of fascism, always urging traditionalists to aspire for something higher than the merely political. Julius Evola (1898-1974) was Italy's foremost traditionalist philosopher, as well as a metaphysician, social thinker, and activist. Evola was an authority on the world's esoteric traditions and one of the greatest critics of modernity. He wrote extensively on the ancient civilisations of both East and West and the world of Tradition, and was also a critic of the political and spiritual movements of his own time from a traditional perspective. Arktos has also published his books Metaphysics of War(2007), The Path of Cinnabar: An Intellectual Autobiography (2009), Fascism Viewed from the Right (2013), and Notes on the Third Reich (2013).