The Original Robin Hood: Traditional ballads and plays, including all medieval sources (Paperback) 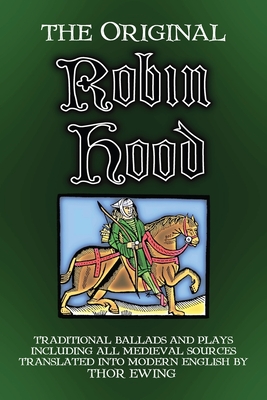 The Original Robin HoodTraditional ballads and plays, including all medieval sourcesTranslated into Modern English by Thor Ewing

Rhymes of Robin Hood were the great popular literature of medieval England. Now newly translated into fresh Modern English verse, they tell the original story of the outlaw hero.

A thorough introduction places the legend in its original context in the reign of King Henry III, and casts fascinating new light on the true identity of the real Robin and his feud with the Sheriff of Nottingham.