The Dharma Manifesto: A New Vision for Global Transformation (Paperback) 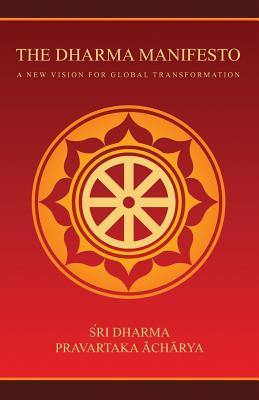 The Dharma Manifesto is a call to action for those who seek a form of social and political action that has a firm spiritual foundation, but which also challenges the prevailing social and religious order in the postmodern West. It does not merely offer criticism - it is also a blueprint for how a national community founded upon Dharmic principles could operate in the twenty-first century. Its author defines the term "Dharma," which in the ancient Sanskrit language means "Natural Law," in an unconventional way. For those who embrace Dharma Nationalism, Dharma is predicated upon the pressing need for the organic and munificent resacralization of culture and of all human endeavor, as well as the manifestation of the highest potentials attainable by every individual in society in accordance with transcendental principles. Thus, Dharma does not only refer to traditions with which it is usually associated such as Hinduism and Buddhism, but also to the Taoist, Confucian, Zoroastrian, Native American, and European pagan traditions, all of which, this book holds, share a common, basic worldview. This book is therefore a resource for those who want to carry out both an inward, contemplative revolution within themselves as well an outer, social revolution in the world around them, in harmony with one another. It is intended to serve as a systematic program signaling the beginning of a what will hopefully be a new era in humanity's eternal yearning for meaningful freedom and happiness. Sri Dharma Pravartaka Acharya is the founder, philosophical guide, and leader of the global Dharma Nation movement. He has been a follower of Sanatana Dharma (popularly known as "Hinduism") for the last four decades, and has been a recognized authority in the tradition since 1988. He holds a doctorate in Religious Studies from the University of Wisconsin at Madison. He has written and lectured extensively on various issues related to Dharma at many academic conferences, universities and interfaith events.