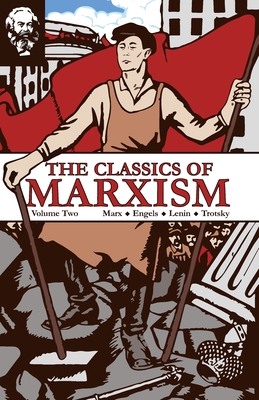 Following the great success of the first volume of the Classics of Marxism, a second volume is now published with five more important works. Wage Labour and Capital Karl Marx's Wage Labour and Capital contains many important insights into the workings of the capitalist system and the way in which labour is exploited. With an excellent introduction by Frederick Engels. Value, Price and Profit Value, Price and Profit was first delivered as a speech delivered by Marx in June 1865, while he was working on the first volume of Capital that was published two years later. "Left-Wing" Communism: An Infantile Disorder In "Left-Wing" Communism we have Lenin's exposition of the necessity to combine theoretical firmness with tactical and organizational flexibility in order to win the masses. In Defence of October Leon Trotsky's work In Defence of October is the title of a speech delivered to a meeting of Social Democratic students in Copenhagen advancing the cause of the Russian Revolution. Stalinism and Bolshevism By contrast, in Stalinism and Bolshevism Trotsky examines the revolution's bureaucratic degeneration which finally resulted in the Stalinist antithesis of the democratic workers' state. Twenty five years on from the fall of the Soviet Union, it can be seen as the prelude to a far greater drama: an unprecedented crisis on a world scale which shows that the capitalist system has exhausted itself is ready to follow Stalinism into the dustbin of history.