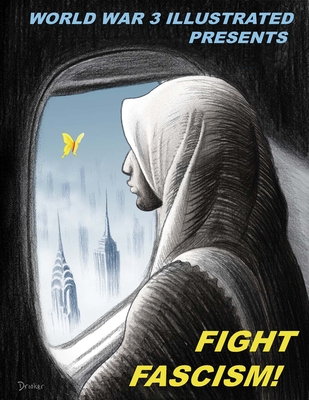 By Peter Kuper (Editor), Seth Tobocman (Editor), Susan Simensky Bietila (Editor)
$12.00
Not on our shelves at the moment, but we will order it for you.

Since its founding by Seth Tobocman and Peter Kuper in 1979, World War 3 Illustrated has been publishing cutting-edge, political comics that have inspired the developing popularity and recognition of comics as a respected art form. Now rebranded as a book series, the first, and timely, theme of this new imprint is fascism.

Peter Kuper: Peter Kuper is a cartoonist and illustrator whose work has appeared in publications around the world including the New Yorker and Mad Magazine, where he has written and drawn Spy vs Spy every issue since 1997. He has created over thirty books, most recently, Ruins which won the 2016 Eisner award for best graphic novel.Susan Simensky Bietila: Susan Simensky Bietila has been an artist and activist since the 1960s. She did artwork for The Guardian - radical newsweekly during the Vietnam war and the 2nd Wave Feminist underground newspaper Rat and has continued to do art and activism ever since. She has been active against mining in Wisconsin and in support of Public Education. Presently she is creating art for C.A.R.S.(Citizens Acting for Rail Safety) Milwaukee - that is organizing against the explosive oil trains.Jordan Worley: Jordan Worley is an illustrator and cartoonist who was active with many radical movements in the 1990s including the Lower East Side Squatters, Red Anarchist Skin Heads and Anti-Fascist Action.Isabella Bannerman: Isabella Bannerman started out painting backdrops and props for Pee Wee's Playhouse. She continued working in the field of animation, directing station identification spots for Mtv, and working on the TV show Doug. Her cartoons have been in many publications, including Glamour, The New York Times, The Funny Times, and World War 3 Illustrated. Isabella has been writing and drawing the Monday comic for the internationally syndicated comic strip "Six Chix" since 2000.