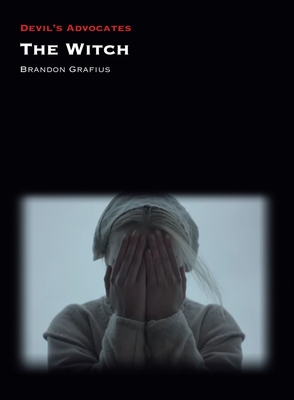 Robert Eggers' The Witch (2015) is one of the most critically acclaimed horror films of recent years, praised as a genre film of unusual depth which eschews jump scares in favour of a gradually and steadily building tension. Set in newly colonized New England in the early seventeenth century, the film's deep historical and mythological background, as well as its complicated and interlocking character arcs, make for a film whose viewers will be well served by this Devil's Advocate, the first stand-alone critical study of the film. As well as providing the historical and religious background necessary for a fuller appreciation, including an insight into the Puritan movement in New England Brandon Grafius situates the film within a number of horror sub-genres (such as folk horror) as well as its other literary and folkloric influences.

Dr. Brandon Grafius is Assistant Professor of Biblical Studies at the Ecumenical Theological Seminary, Detroit, MI. He is the author of Reading the Bible with Horror (2019) and Reading Phinehas, Watching Slashers: Horror Theory and Numbers 25 (2018) (both Lexington/Fortress Academic) and is a contributor to Make American Hate Again: Trump-Era Horror and the Politics of Fear (Routledge, 2019).