The Poetry of Céline Arnauld: From Dada to Ultra-Modern (Research Monographs in French Studies #58) (Hardcover) 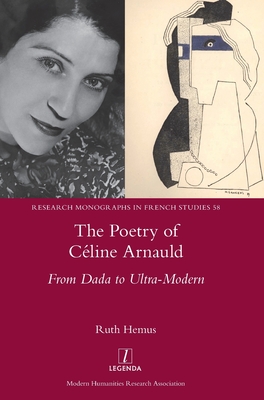 The poet C line Arnauld (1885-1952) was at the heart of Paris Dada. Her experimental texts appeared in the most prominent avant-garde journals and she published almost a dozen books. Yet Arnauld predicted as early as 1924 that she would be written out of history. Isolated by personal loss and financially insecure, she took her own life in 1952. Her story is one of an individual with an elusive identity -- she was a Jewish migr , born Carolina Goldstein in Romania -- who left behind a body of work rich in innovation. In this study, Ruth Hemus conveys the pleasure of discovering this neglected figure and her inventive writing. Charting one woman's navigation of the avant-garde over a thirty-year period (1918-1948), she sets out Arnauld's quest for an autonomous poetry that she herself called 'ultra-modern.'

Ruth Hemus is a Reader in French and Visual Arts at Royal Holloway University.