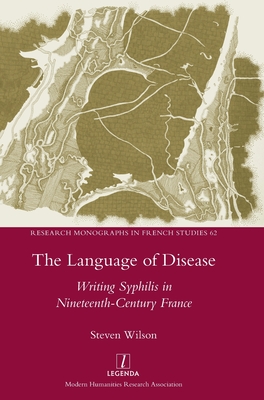 While the 'venereal peril' of nineteenth-century France was responsible for thousands of deaths, much attention has focused on the range of social anxieties with which it was associated, including degeneracy, depopulation, state surveillance and public morality. In this interdisciplinary study, Steven Wilson redirects attention onto the body as locus of syphilis. Combining a critical medical humanities approach with close readings of medical and literary texts, Wilson explores the ways in which canonical and non-canonical writers of the time found a language to represent the diseased body. Drawing on scholarship from gender studies, theology, pain studies and word/image relations, this engaging study investigates what the language used in nineteenth-century French literature tells us not only about the pathological function and lived experience of syphilis, but about the role played by literature in representing disease.