Hamlet (Shakespeare Made in Canada #1) (Paperback) 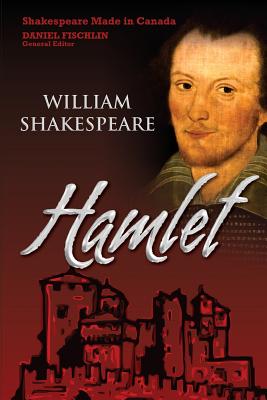 Hamlet (Shakespeare Made in Canada #1) (Paperback)

"Hamlet is bottomless, deep beyond our capacity to compass, navigating the most guarded mysteries of our lives." --Paul Gross

Shakespeare's longest and perhaps most influential play probes the darkest reaches of human life: despair, powerlessness, uncertainty, and mortality, as well as the larger political issues of corruption, iniquity, and treason. Daniel Fischlin's groundbreaking introduction explores not just the workings of the play itself but also how the spectral presence of Hamlet in Canada speaks to ineffable questions of political identity, uncertainty, and longing for right actions.

From productions of Hamlet at Stratford to Robert LePage's Elsineur and Yves Sioui Durand/Jean-Frederic Messier's Hamlet-le-Malecite, Hamlet seems to be a ghost haunting the Canadian collectivity, as undead as the ghost of Hamlet's father. As Fischlin observes, the struggle to read the world--a spectral world capable of ghosts and hauntings but also a material world of corruption and evil--makes Hamlet's effort to take a righteous course of action profoundly tragic.

... includes concise "Character Synopses," boldfacing the names of all characters so that relationships between and amongst them are clear, and equally helpful is the "Plot Synopsis" which follows the "Character Synopses," summarizing the scene-by-scene action in each act.... Preceding the actual text of the] play, there is "A Note on the d104," providing information about the quarto and folio publications ... and explaining the challenges faced by editors of any new editions of Shakespearean text.... Clearly-referenced footnotes clarify unfamiliar words, expressions, and provide explanatory material. The notes are comprehensive, referring to both print and electronic resources which were consulted.... Rather unusual, I thought, was the section entitled "Ten Tips for Reading Shakespeare," which offered insights into a diverse range of subjects, including concepts of social status, how words might have been pronounced in Shakespeare's time, and Shakespeare's rich use of Classical and Biblical references. --Joanne Peters, CM Magazine, January 2017

Paul Gross, OC, is a Canadian actor, producer, director and writer known for his lead role in TV series Due South and Slings and Arrows, as well as the 2008 film Passchendaele. In 2000, he played the lead role in Hamlet at the Stratford Festival. Daniel Fischlin is University Research Chair and Full Professor of English and Theatre Studies at the University of Guelph.