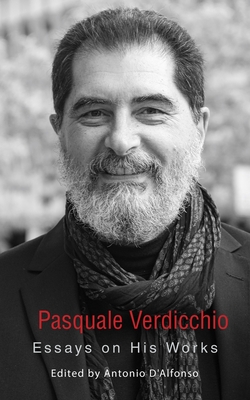 By Antonio D'Alfonso (Editor)
This book might be hard to find. Ask a bookseller for more information.
Backordered

The ten essays included in this volume address the themes of immigration, migration, and history in Pasquale Verdicchio's poetry and scholarship. Giuliana Gardellini, Joseph Pivato, Anna Zampieri Pan, Diego Bastianutti, Carmelo Militano, Leonardo Buonomo, Kenneth Scambray, Laura E. Ruberto, and Antonio D'Alfonso discuss Verdicchio's unconventional forms and contents that reveal the difficulties of being considered a marginalized ethnic voice in North American culture. Not conforming to conventional poetic models, Verdicchio writes poetry that presents itself as a puzzle in which for decades he demonstrates the role that politics, history, and culture play in self-analytical writing. The immigrant (or defined as such by conventional terminology) offers as his central theme a "moving" cultural landscape that he must personally inhabit from the moment he leaves his native home. The ever-changing persona in Verdicchio's texts defies linguistic and literary constraints. Verdicchio challenges the conventional role that nostalgia plays in ethnic poetry and contributes in a daring manner to how view immigrant and post-immigrant studies. Pasquale Verdicchio is one of the few poets today to reposition the post-immigrant identity in our growing pluricultural societies.

Poet, novelist, essayist, translator, Antonio D'Alfonso has published more than 60 books and has made four feature films. For his writings, he won the Trillium Award, the Bressani Award, and the New York Independent Film Award. He holds a Ph.D. from the University of Toronto and an Honorary Doctorate from Athabasca University. He lives in Montreal, QC.