Charley: The Story of the Youngest Soldier to Die in the American Civil War (Paperback) 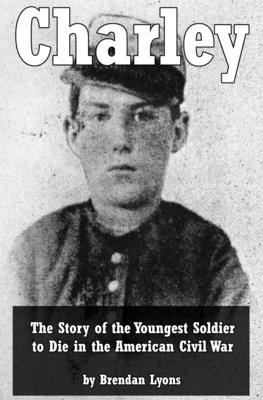 Charley: The Story of the Youngest Soldier to Die in the American Civil War (Paperback)

In early April of 1861, the streets of West Chester, PA, echoed with the sound of a rattling snare drum. The orders it marked out could be heard for blocks around - about face, advance, retreat, company rest - but there were no troops in the city to hear it. The Civil War, though it loomed heavy on the minds of everyone in the nation, had not yet begun. Fort Sumter would remain in Union hands for another two weeks and the secession crisis in the south was yet still only a war of words. The bloody First Bull Run was still two months away and the Grand Army of the Potomac had yet to muster and march.

But on the one hundred block of Barnard Street, the children had already mustered. The children were already marching. And Charley King, a boy of only 11, was leading them by the beat of his drum. In a matter of days, the war would start in earnest. In just a few months, Charley would march with the 49th Pennsylvania Infantry into the heat of battle. And in just under a year and a half, he would become the youngest enlisted soldier to die in the American Civil War.

Charley marched with Company F, tapping out the cadence and relaying orders as they fought in the ill-fated Peninsula Campaign, traveled in the long slog through Maryland during Robert E. Lee's first invasion of the North, and faced down enemy artillery in the woods north of Sharpsburg at Antietam Creek. The battle that took his life remains the bloodiest day in American history. Charley and twenty-two thousand other Americans were killed or wounded that day. It is unknown where Charley is buried. He and many of his fellow soldiers were laid to rest in mass graves near the battlefield. Today, he is memorialized in West Chester at Greenmount Cemetery where his mother and father are buried.