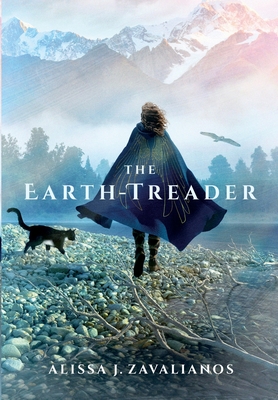 Eighteen-year-old Rylla Wayscot has always wanted to fly, but being human has its limitations. As a cartographer's daughter in the Earthen-Crest kingdoms' boot of Aylati, Rylla wants more than anything to know the whereabouts of her brothers, even if it means finding them herself. But there's one problem: she's afraid to venture too far from home.

After a short walk to the Grove and stumbling into a talking cat, she realizes she may have no other choice. There she is told she's an Earth-Treader-one who can bend the will of nature and speak to animals, and she's reminded of the Earth-Lore-the five missing stones which once held their kingdoms together. But with a growing Darkness lurking on the horizon, the missing stones are being sought by many. Rylla is tasked with finding them herself, especially before the cruel Lord Brennigan does.

Despite all her protestations, Rylla can't escape her fate. She must embark on this impossible journey and leave all her comforts behind. But she's not alone. Even with fear and doubt as her armor, Rylla meets strangers who challenge her resolve, and she learns that even in the shadows love and light can thrive. Perhaps it's even enough to give her wings.