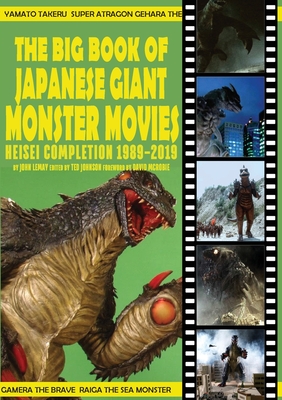 1989 marked the start of the Heisei era in Japan. It also marked a new direction in tokusatsu films beginning with Godzilla vs. Biollante and Gunhed. This tome covers all the Japanese giant monster movies produced from 1989 up to 2019's Godzilla: King of the Monsters. This book covers a broad range of titles, from well known fare such as Gamera, Guardian of the Universe (1995), Rebirth of Mothra (1996), and Monster X Strikes Back (2008) to independent kaiju movies Reigo, King of the Sea Monsters (2008) and Attack of the Giant Teacher (2019). In addition to giant monsters, this book also covers all of Tsuburaya Productions Heisei era Ultraman films from from Ultraman Tiga and Ultraman Dyna (1998) all the way up to Ultraman R/B The Movie (2019).