The Sign of the Four: (Annotated) (Sherlock Holmes #2) (Paperback) 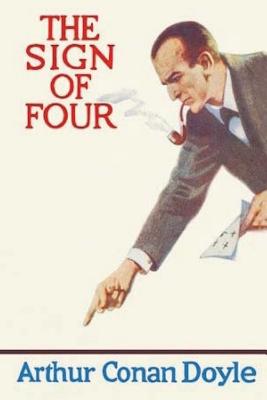 The Sign of the Four: (Annotated) (Sherlock Holmes #2) (Paperback)

This is book number 2 in the Sherlock Holmes series.

The Sign of the Four is a novel starring the characters Sherlock Holmes and John Watson. Sir Arthur Conan Doyle wrote it in 1889 after Joseph M Stoddart, the managing editor of Lippincott's Monthly, commissioned the story.
Sir Arthur Conan Doyle was born the third of ten siblings on 22 May 1859 in Edinburgh, Scotland. His father, Charles Altamont Doyle, was born in England of Irish descent, and his mother, born Mary Foley, was Irish. They were married in 1855. Although he is now referred to as "Conan Doyle", the origin of this compound surname (if that is how he meant it to be understood) is uncertain.