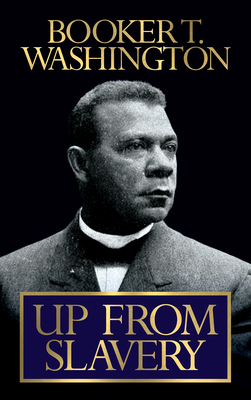 
Ships quickly (1-7 days)
Up from Slavery is the 1901 autobiography of American educator Booker T. Washington (1856-1915). Born in a Virginia slave hut, Washington rose from a slave child during the Civil War to worldwide recognition for his many accomplishments, becoming the most influential spokesman for African Americans of his day. In this eloquently written book, Washington describes his impoverished childhood and youth as a child in bondage, and the difficulties he faced in his unrelenting struggle for an education. These challenges helped propel him into a dedicated obsession with the Hampton Institute until he achieved being enrolled there as a student. He covers his early teaching assignments and his work establishing vocational schools, including his selection in 1881 as the head of the famed Tuskegee Institute in Alabama, designed to help black people and other disadvantaged minorities learn useful and marketable skills to help them find jobs and pull themselves up as a race. Reflecting on the generosity of teachers and philanthropists who helped educate blacks and Native Americans, Washington describes his efforts to instill manners, health and a feeling of dignity to students. His educational philosophy of education as the best route to advancement stressed combining academic subjects with learning a trade, believing that the integration of practical subjects helped reassure the white community as to the usefulness of educating black people. Washington disapproved of civil-rights agitation thereby facing the opposition of many black intellectuals. Yet today he's regarded as a major figure in the struggle for equal rights, who furthered the cause and worked tirelessly to educate and unite African Americans.