The Merchant of Venice (Paperback) 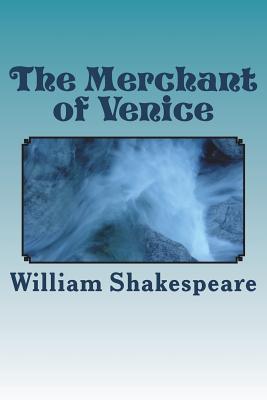 By William Shakespeare
Email or call for price
Backordered
(This book cannot be returned.)

In The Merchant of Venice, the path to marriage is hazardous. To win Portia, Bassanio must pass a test prescribed by her father's will, choosing correctly among three caskets or chests. If he fails, he may never marry at all. Bassanio and Portia also face a magnificent villain, the moneylender Shylock. In creating Shylock, Shakespeare seems to have shared in a widespread prejudice against Jews. Shylock would have been regarded as a villain because he was a Jew. Yet he gives such powerful expression to his alienation due to the hatred around him that, in many productions, he emerges as the hero. Portia is most remembered for her disguise as a lawyer, Balthazar, especially the speech in which she urges Shylock to show mercy that "droppeth as the gentle rain from heaven." The authoritative edition of The Merchant of Venice from The Folger Shakespeare Library, the trusted and widely used Shakespeare series for students and general readers, includes: -Freshly edited text based on the best early printed version of the play -Newly revised explanatory notes conveniently placed on pages facing the text of the play -Scene-by-scene plot summaries -A key to the play's famous lines and phrases -An introduction to reading Shakespeare's language -An essay by a leading Shakespeare scholar providing a modern perspective on the play -Fresh images from the Folger Shakespeare Library's vast holdings of rare books -An up-to-date annotated guide to further reading Essay by Alexander Leggatt The Folger Shakespeare Library in Washington, DC, is home to the world's largest collection of Shakespeare's printed works, and a magnet for Shakespeare scholars from around the globe. In addition to exhibitions open to the public throughout the year, the Folger offers a full calendar of performances and programs. For more information, visit Folger.edu.

William Shakespeare was an English poet, playwright and actor, widely regarded as both the greatest writer in the English language, and the world's pre-eminent dramatist. He is often called England's national poet, and the "Bard of Avon." His extant works, including collaborations, consist of approximately 39 plays,