Audience of One: Television, Donald Trump, and the Politics of Illusion (Compact Disc) 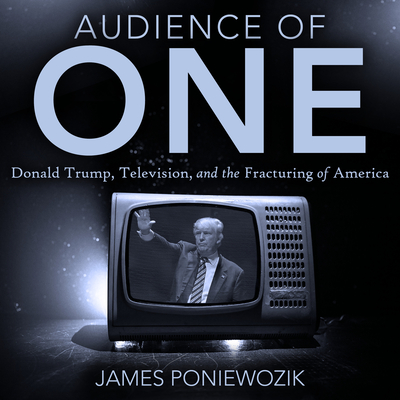 An incisive cultural history that captures a fractious nation through the prism of television and the rattled mind of a celebrity president In the tradition of Neil Postman's masterpiece Amusing Ourselves to Death, Audience of One shows how American media have shaped American society and politics, by interweaving two crucial stories. The first story follows the evolution of television from the three-network era of the twentieth century, which joined millions of Americans in a shared monoculture, into today's zillion-channel, Internet-atomized universe, which sliced and diced them into fractious, alienated subcultures. The second story is a cultural critique of Donald Trump. Reaching back to the 1940s, when Trump and commercial television were born, Poniewozik illustrates how Donald became "a character that wrote itself, a brand mascot that jumped off the cereal box and entered the world, a simulacrum that replaced the thing it represented." Viscerally attuned to the media, Trump shape-shifted into a boastful tabloid playboy in the 1980s; a self-parodic sitcom fixture in the 1990s; a reality-TV "You're Fired" machine in the 2000s; and finally, the biggest role of his career, a Fox News-obsessed, Twitter-mad, culture-warring demagogue in the White House.