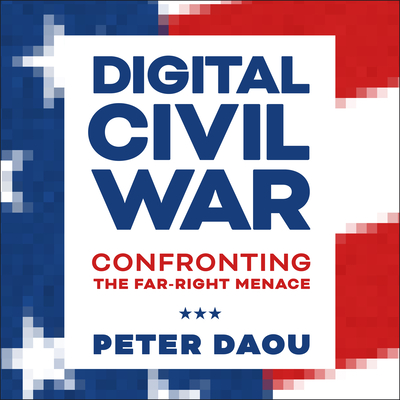 The Far Right's rise to power has ignited a digital civil war that rages across multiple fronts and multiple platforms. It is waged with words and images that are designed to inflict psychological harm, to injure through verbal violence, to intimidate and incite, to wreak havoc with rhetoric. The combatants are citizens, activists, politicians, pundits, coders, conspiracists, trolls, agitators, hackers, and journalists. At stake are the nation's bedrock principles: equal rights, fair elections, freedom of speech, racial justice, and the rule of law. In Digital Civil War: Confronting the Far-Right Menace, Peter Daou, a veteran digital media adviser to major political figures, provides a firsthand account from the war's front lines. He explains that the unceasing toxicity of social media-often treated as an aberration-is a feature, not a bug, of digital warfare. A better understanding of how the underlying value systems and moral arguments of the warring parties play out online, Daou argues, aids us in confronting the Far Right's takeover of the Republican Party and the consequent assault on truth, facts, and the foundations of our democracy.