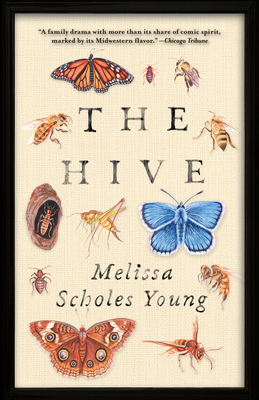 A story of survival, sisters, and secrets

The Fehler sisters wanted to be more than bug girls but growing up in a fourth- generation family pest control business in rural Missouri, their path was fixed. The family talked about Fehler Family Exterminating at every meal, even when their mom said to separate the business from the family, an impossible task. They tried to escape work with trips to their trailer camp on the Mississippi River, but the sisters did more fighting than fishing. If only there was a son to lead rural Missouri insect control and guide the way through a crumbling patriarchy.

After Robbie Fehler's sudden death, the surprising details of succession in his will are revealed. He's left the company to a distant cousin, assuming the women of the family aren't capable. As the mother's long-term affair surfaces and her apocalypse prepper training intensifies, she wants to trade responsibility for romance.

Facing an economic recession amidst the backdrop of growing Midwestern fear and resentment, the Fehler sisters unite in their struggle to save the company's finances and the family's future. To survive, they must overcome a political chasm that threatens a new civil war as the values that once united them now divide the very foundation they've built. Through alternating point-of-views, grief and regret gracefully give way to the enduring strength of the hive.