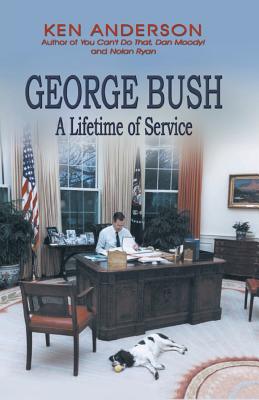 Most young Americans know that George Herbert Walker Bush, the father of President George W. Bush, also served as president of the United States. But being president was only one facet of this remarkable man's life.

Author Ken Anderson introduces young readers to not only a former president, but also the Navy's youngest pilot during World War II, a top-notch baseball player, an innovative oilman, United Nationals ambassador and liaison to China, CIA director, congressman, and vice president. The story reveals the triumph and glory, as well as the despair and tragedy, that the former president has experienced in a lifetime of service.