We hosted an event with this author
4 weeks 21 hours ago
Check here for a signed copy or email us at info@left-bank.com. 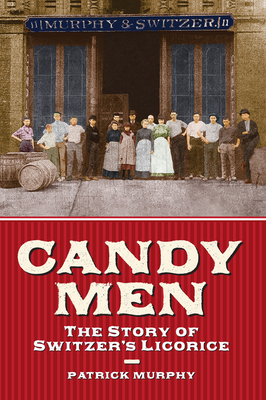 The sweet smell of licorice and the giant candy bar painted on the factory wall at the Eads Bridge remain locked into the collective memory of generations of St. Louisans. Candymen: The History of Switzers Licorice tells the story of how two Irish-American families began a candy company in the kitchen of a tenement in St. Louis' Irish slum and showed the world how the American Dream can be built upon a foundation of candy. In a story that passes through three generations, two World Wars, economic depressions, and labor unrest, the Murphys and the Switzers dedicated their lives to keeping the dream alive until it was put to an end by forces beyond their control. And yet, in an unlikely turn of events, the story continues today with a fresh twist and a renewed life of its own.

Patrick Murphy has spent the past 30 years producing television programs for PBS, both locally and nationally. A five-time Emmy award winner, he has created documentaries, weekly series, and musical variety shows. For the past 22 years he has hosted the St. Louis Speakers series from Powell Hall, interviewing more than 150 of the world's most renowned artists, writers, adventurers and political leaders. He is also a working artist, exhibiting his collection of woodcut prints in galleries throughout the St. Louis region. Murphy spent his boyhood hearing family stories about the Switzer Licorice Company, where his father, grandfather and great grandfather worked as candymen.