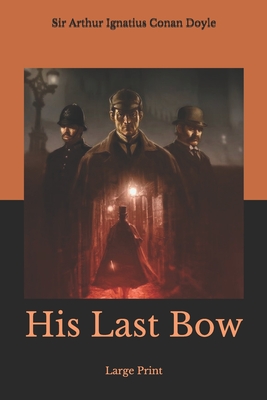 
Backordered
(This book cannot be returned.)
"His Last Bow. The Sherlock Holmes War Service", then titled "His Last Bow: An Epilogue of Sherlock Holmes," is published by Arthur Schoen Holmes, a 56-person consulting service on the Sherlock Holmes Service. Is. This is a third-person narrative, the first-person Russian position that can be guided by Dr. Watson, and a spy story, not a detective secret. Referring to the filming of English and English spies, its publication in World War I and its patriotic themes, this story can be used as a tool to promote inter-English propaganda and English exchange.