Bitch: On the Female of the Species (Compact Disc) 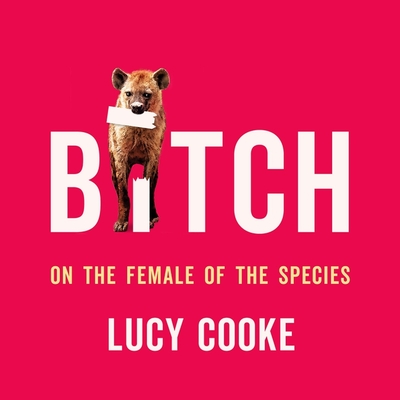 Bitch: On the Female of the Species (Compact Disc)

A fierce, funny, and revolutionary look at the queens of the animal kingdom

Studying zoology made Lucy Cooke feel like a sad freak. Not because she loved spiders or would root around in animal feces: all her friends shared the same curious kinks. The problem was her sex. Being female meant she was, by nature, a loser.

Since Charles Darwin, evolutionary biologists have been convinced that the males of the animal kingdom are the interesting ones--dominating and promiscuous, while females are dull, passive, and devoted.

In Bitch, Cooke tells a new story. Whether investigating same-sex female albatross couples that raise chicks, murderous mother meerkats, or the titanic battle of the sexes waged by ducks, Cooke shows us a new evolutionary biology, one where females can be as dynamic as any male. This isn't your grandfather's evolutionary biology. It's more inclusive, truer to life, and, simply, more fun.