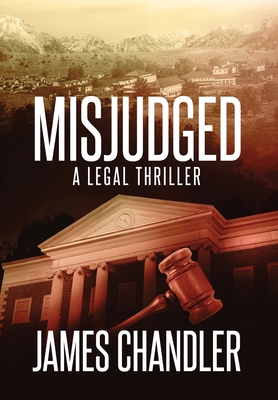 When a disabled veteran takes a new job as an attorney in a small Wyoming town, he is thrust into a mysterious murder case.

Sam Johnstone was hoping for renewal when he took a job at a boutique law firm in rustic Wyoming. The mountains and streams of the west would be a refreshing, quiet place to start over after years of war and turmoil in his personal life.

But after a local woman is brutally murdered, Sam realizes that things aren't so quiet in this rural American town. The accused is one Tommy Olsen, a known delinquent who had been sleeping with the victim. Sam is repulsed by the crime and wants nothing to do with the case, but meets with Tommy to make sure he has legal representation.

Yet things are not as they seem.

What begins as a cut-and-dry case becomes infinitely more complicated as new facts are uncovered, and Sam agrees to serve as Tommy's defense attorney.

With the killer's identity still unknown, Sam is enveloped in the small-town politics and courtroom drama of a murder investigation that keeps getting more shocking.

But if Sam can't uncover the truth, an innocent man might be punished...while the real killer watches from the shadows.

"Few seasoned authors can deliver what James Chandler has with his debut novel. I'm already waiting in anxious anticipation of his next installment." -Brian Shea, author of the Boston Crime Thriller series