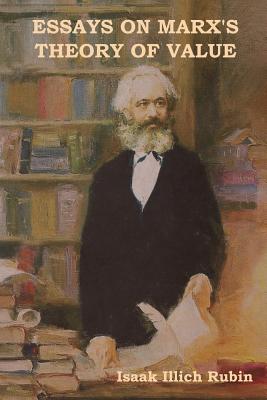 By Isaak Illich Rubin
$15.54
Not on our shelves at the moment, but we will order it for you.
(This book cannot be returned.)

Isaak Illich Rubin (12 June 1886, Dinaburg, now Latvia - 27 November 1937, Aktobe, now Kazakhstan) was a Soviet Marxian economist. His main work Essays on Marx's Theory of Value was published in 1924. He was executed in 1937 during the course of the Great Purge, but his ideas have since been rehabilitated.

Rubin's main work emphasised the importance of Marx's theory of commodity fetishism in the labor theory of value. Against those who counterposed Marx's early interest in alienation with his later economic theory, Rubin argued that Marx's mature economic work represented the culmination of his lifetime project to understand how human creative power is shaped, defined, and limited by social structures, which take on a uniquely "objective" economic form under capitalism. Significantly, Rubin is at pains to argue that simple commodity production is not a historical phenomenon that developed into capitalism, as it is often understood by both Marxists and critics of Marx; rather, it is a theoretical abstraction that explains one aspect of a fully developed capitalist economy. The concept of value, as understood by Rubin, cannot exist without the other elements of a full-blown capitalist economy: money, capital, the existence of a proletariat, and so on.

Rubin's work was never reissued in the Soviet Union after 1928, but in 1972 Essays on Marx's Theory of Value was translated into English by Fredy Perlman and Milos Samardzija. This work became a foundation stone of the "value-form" approach to Marxist theory, exemplified by Hans-Georg Backhaus, Chris Arthur, Geert Reuten, and the "Konstanz-Sydney" group (Michael Eldred, Mike Roth, Lucia Kleiber, and Volkbert Roth). In this interpretation of Marx, "it is the development of the forms of exchange that is seen as the prime determinant of the capitalist economy rather than the content regulated by it". Capitalism is here understood as a method of regulating human labor by giving it the social form of an exchangeable commodity (the "value-form"), rather than a disguised or mystified system that is otherwise similar in content to other class-based societies.

According to Arthur, the rediscovery of Rubin's "masterly exegesis" was "the most important single influence on the value form approach to Capital". (wikipedia.org)