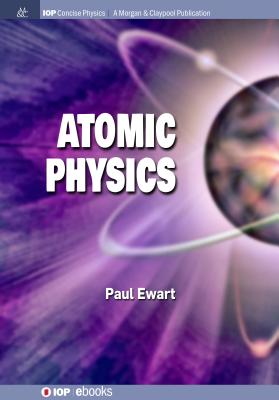 Atomic Physics provides a concise treatment of atomic physics and a basis to prepare for work in other disciplines that are underpinned by atomic physics such as chemistry, biology and several aspects of engineering science. The focus is mainly on atomic structure since this is what is primarily responsible for the physical properties of atoms.

After a brief introduction to some basic concepts, the perturbation theory approach follows the hierarchy of interactions starting with the largest. The other interactions of spin, and angular momentum of the outermost electrons with each other, the nucleus and external magnetic fields are treated in order of descending strength. A spectroscopic perspective is generally taken by relating the observations of atomic radiation emitted or absorbed to the internal energy levels involved. X-ray spectra are then discussed in relation to the energy levels of the innermost electrons. Finally, a brief description is given of some modern, laser based, spectroscopic methods for the high resolution study of the nest details of atomic structure.