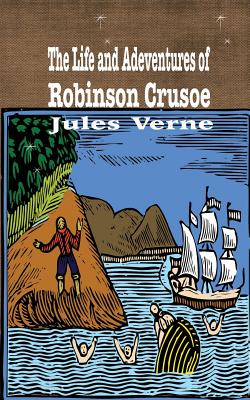 This is book number 2 in the Iboo Classics series.

Robinson Crusoe is perhaps the most famous castaway of all time. Whilst many of us have not read Defoe's iconic book, Robinson Crusoe is a character that is familiar to us all. Aided by the hundreds of movies and theatre productions that the book spurned, Crusoe is a household name. Credited with being the first "real fiction" book, this fictional autobiography tells the tale of a young man who found himself shipwrecked on a remote island for 28 years. The story is said to be based on the dramatic life of Alexander Selkirk, a Scottish castaway who lived alone for four years on a Pacific island.

With a recent trend in reality TV shows based on survival and being "castaway", everybody has ideas on how they would cope alone in the wild. So, why read this novel if we think we know best? The truth is, Defoe's portrayal of the trials and tribulations of Crusoe give raw insight into the reality and loneliness of having no companionship and no hope. Described by Samuel T. Coleridge as "The Universal Man", there is certainly lots to admire, whether you like the character or not. Many imitations have been written over the years but nothing grabs the reader quite as much as Defoe's tales of solitude and desperation.

iBoo Press House uses state-of-the-art technology to digitally reconstruct the work. We preserve the original format whilst repairing imperfections present in the aged copy. All titles are unabridged (100% Original content), designed with a nice cover, quality paper and a large font that's easy to read.