We hosted an event with this author
1 year 11 months ago
2 years 1 month ago
Check here for a signed copy or email us at info@left-bank.com. 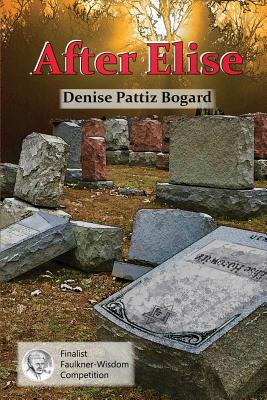 After Elise by Denise Pattiz Bogard is a novel about unexpected tragedy and how it changes the lives of a dysfunctional family while demonstrating that patience, understanding and forgiveness bring hope.

Imagine this: You are a married mother of two, driving to the grocery store in a storm, changing the radio station, answering your cell phone, when you notice a woman stranded by the side of the road and, on impulse, decide to pull over....

Teri Berger's car skids in the rain, killing twenty-year-old Elise and leaving Teri reeling with guilt and the rest of her family in disarray as they struggle to adjust to this new reality. Already strained family relationships are tested, and Teri's marriage suffers, her son withdraws, and her daughter faces a heartbreaking decision.

AFTER ELISE confronts readers with the most everyday tragedy--an accident that could happen to anyone--and its effects, changing the lives forever of everyone involved.

Ultimately, the novel is a story of forgiveness and healing.

After Elise was a finalist in the 2017 Faulkner-Wisdom Writing Competition sponsored by the Faulkner Society.