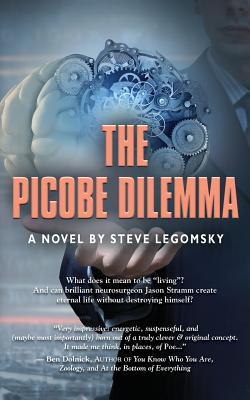 Brilliant neurosurgeon Jason Stramm doesn't believe there is an afterlife. And this distresses him no end. He cannot fathom that one day he will forever cease to exist. So he sets out to create the practical equivalent of eternal life.

But, what is life? For Jason, life is simply the sum of everything a person experiences - one's thoughts, emotions, and physical sensations. Really, what else is there?

Jason discovers that the human brain permanently stores every memory it has ever recorded, even after death. If only he could access all those memories and store them digitally, he could replay the entirety of a person's experience over and over, forever. He could thus create eternal life.

Jason plunges in. But, as his project progresses, he is increasingly tormented by psychological demons - obsession, fears of failure, fears of success, guilt, marital friction, unrequited love, deepening ethical doubts, and things he wishes he didn't know. Jason's story is that of a once-happy, reasonably normal husband, father, and professional whose life work steers him along a risky path to possible psychic destruction. Can he stop himself? Should he? Is eternal life something that simply should not be pursued?