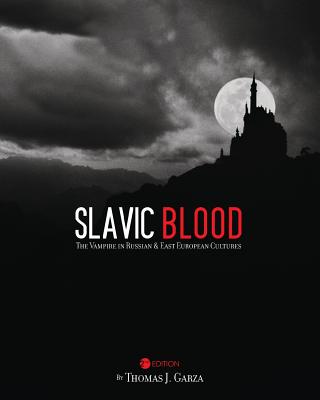 Eight hundred years before Bram Stoker gave us the West's most memorable literary vampire in Dracula and long before the historical exploits of Vlad Tepes "The Impaler" horrified Europe, the Russian Primary Chronicles wrote of a Novgorodian priest as upyr' likhij, or "wicked vampire." The Slavic and Balkan worlds abound in histories, legends, myths, and literary portraits of the so-called undead, creatures which draw life out of the living in order to sustain themselves. These stories of the vampire simultaneously fascinate and horrify, as they draw the reader closer to an understanding of death and the undead.

Slavic Blood: The Vampire in Russian and East European Cultures is a unique volume that brings together a wide variety of historical, critical, and literary texts that reveal and explore the origins, growth, and development of the vampire myth from its beginnings to the 21st century. It examines the vampire myth within the region of its origin in Western cultures - the lands of the Balkans, Eastern Europe, and Russia - and reviews the earliest recorded tales, as well as recent portrayals of Russian vampires on film, to give the reader a dynamic perspective on one the world's most enduring cultural phenomena. This edition features additional fiction and nonfiction material on sociopolitical interpretations of the vampire, as well as new song lyrics on vampire and werewolf themes.

Slavic Blood is ideal for courses ranging from folklore to gothic studies, and Slavic to religious studies.

Thomas J. Garza, Ed.D., is Regents and University Distinguished Teaching Associate Professor of Slavic and Eurasian Studies at the University of Texas. He teaches courses on the Russian language and literature, foreign language pedagogy, and contemporary Russian culture. His popular course, "The Vampire in Slavic Cultures," has been taught since 1997, and he has published several articles on the contemporary image of the vampire in Russian popular culture in both United States and Russian academic journals. A native Texan, Dr. Garza received his doctorate from Harvard University in 1987. During his tenure at the University of Texas, he has received numerous awards for undergraduate teaching. His current research is on filmic and cultural portraits of machismo in contemporary Russian and Latino cultures during the '90s and 2000s.