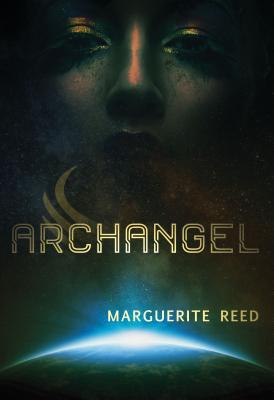 By Marguerite Reed
This book might be hard to find. Ask a bookseller for more information.
Special Order

A rich evocation of a future universe in which colonial pressure vies with the mature respect of nature in questions of immigration, resource, and personal legitimacy. Reed's attention to detail and connection to character set this novel far above the usual. Vashti--hunter, conservationist, power broker, mother, widow, moral center--will linger in the imagination long after the close of the book. -Mark's June Staff Pick 2016

The Earth is dying, and our hopes are pinned on Ubastis, an untamed paradise at the edge of colonized space. But such an influx of people threatens the planet's unstudied ecosystem -- a tenuous research colony must complete its analysis, lest humanity abandon one planet only to die on another. The Ubasti colonists barely get by on their own. To acquire the tools they need, they are relegated to selling whatever they can to outside investors. For xenobiologist Vashti Loren, this means bringing Offworlders on safari to hunt the specimens she and her fellow biologists so desperately need to study. Haunted by the violent death of her husband, the heroic and celebrated Lasse Undset, Vashti must balance the needs of Ubastis against the swelling crush of settlers. Vashti struggles in her role as one of the few colonists licensed to carry deadly weapons, just as she struggles with her history of using them. And when she discovers a genetically engineered soldier smuggled onto the surface, Vashti must face the nightmare of her husband's murder all over again. Standing at the threshold of humanity's greatest hope, she alone understands the darkness of guarding paradise.

Marguerite Reed's short stories have appeared in Clean Sheets, Strange Horizons, and Lone Star Stories. She is a passionate advocate of science and science fiction. She lives just a little east of the 100th meridian with her husband and daughters in Wichita, KS.