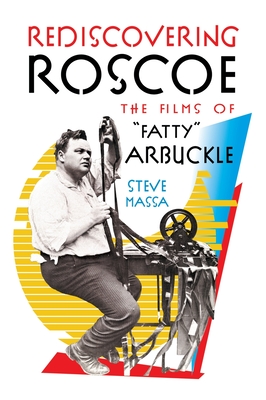 Roscoe "Fatty" Arbuckle was a silent comedy trailblazer--the teacher of Buster Keaton, a collaborator of Charlie Chaplin--whose reputation was eclipsed for many years by his involvement in one of Hollywood's first scandals. Rediscovering Roscoe is a film by film examination of his work as a performer, director, and all around comedy creator.

Having learned and developed his craft on the stage, Arbuckle came to films in 1909. After joining Mack Sennett's Keystone Company he became one of the most important pioneers of American silent comedy, as well as a screen icon known around the world.

This filmography details his initial forays into films and mastering of the medium, but also his banishment from the screen and ultimate comeback. It is lavishly illustrated with more than 500 rare photographs and advertising images.