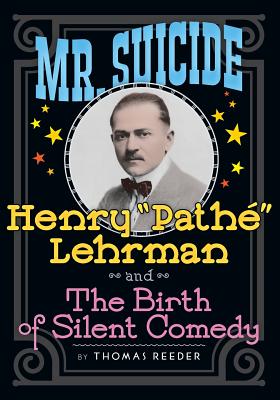 It was every immigrant's dream. Within ten years of his 1906 arrival in the U.S., Henry Lehrman had achieved both fame and fortune in the fledgling film industry. Widely acknowledged as the creator of frenetic comedies of unusual artistry and unparalleled mayhem, Lehrman's guidance and creativity ushered newcomer Charles Chaplin to international popularity at Mack Sennett's Keystone. Roscoe Arbuckle, Ford Sterling, and numerous others benefited immeasurably from his direction as well, at Keystone and later at Lehrman's own Sterling, L-Ko, and Fox Sunshine companies. By 1919, Lehrman's meteoric rise led to the realization of his dreams: full independence and artistic control with his Henry Lehrman Comedies. And then it all collapsed. Lehrman's career hit the skids with the studio's failure, followed by his involvement in the era's most notorious scandal: the alleged rape and subsequent death of Lehrman's fianc , Virginia Rappe, at the hands of his friend Arbuckle. MR. SUICIDE: HENRY "PATHE" LEHRMAN AND THE BIRTH OF SILENT COMEDY is a riveting cautionary tale for all aspiring artists whose dreams exceed their grasp.