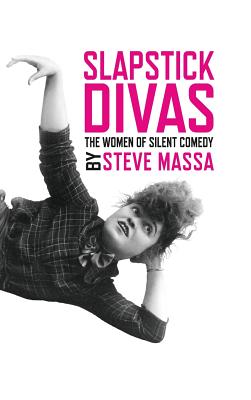 Funny girls, those comediennes from the silent movies, knew shtick from slapstick. Mabel Normand, Marie Dressler, Bebe Daniels, Dorothy Gish, Constance Talmadge, Marion Davies, and Colleen Moore brought riotous laughter to millions around the world, yet their hilarity may seem hidden to those only familiar with Charlie Chaplin, Buster Keaton, Laurel and Hardy, and Harold Lloyd.

Discover the women of wit, from the supporting players to the stars. Author Steve Massa covers their contributions to comedy with in-depth analyses of the most hilarious heroines of humor, followed by 459 biographies of other droll divas from the famous to the forgotten.

Bibliography, and an Index.

About the author: Steve Massa is the author of Lame Brains and Lunatics: The Good, The Bad, and The Forgotten of Silent Comedy and Marcel Perez: The International Mirth-Maker. He has organized and curated comedy film programs for the Museum of Modern Art, The Library of Congress, The Museum of the Moving Image, The Smithsonian Institution, and The Pordenone Silent Film Festival.