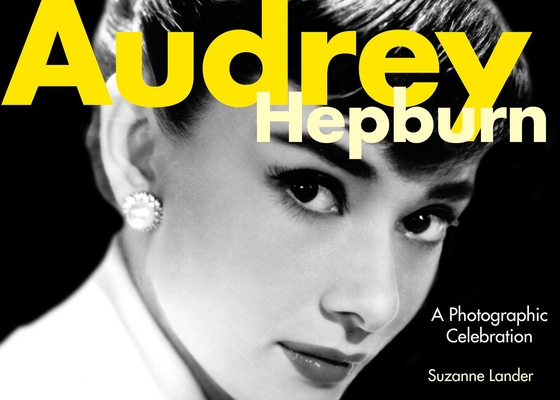 By Suzanne Lander
This book might be hard to find. Ask a bookseller for more information.
Hard to Find

"I never understood what makes me so special," mused Audrey Hepburn. The daughter of a Dutch baroness, Hepburn first won international acclaim with her role as a princess in the 1953 film Roman Holiday, and she maintained a rare grace and elegance throughout her life that millions have adored and tried to emulate. Audrey Hepburn: A Photographic Celebration showcases the film star, who also worked as a UNICEF goodwill ambassador. This book is packed with great quotes from the woman herself and those who admire her (including Hollywood directors and movie stars) as well as engaging trivia and beautiful images of Audrey in all phases of her career.
"I've been in pictures over thirty years, but I've never had a more exciting leading lady than Audrey," enthused Gary Cooper, her Love in the Afternoon costar. Audrey Hepburn: A Photographic Celebration features everybody's favorite leading lady with her leading men, including such luminaries as Gregory Peck, Fred Astaire, George Peppard, Albert Finney, William Holden, Humphrey Bogart, Henry Fonda, Rex Harrison, Peter O'Toole, Sean Connery, Richard Dreyfuss, and Cary Grant along with her real-life costar—her first husband— Mel Ferrer. This lovely book about this classic lady will delight both the casual and die-hard Audrey fan, as well as anyone with an eye for classic elegance.

Suzanne Lander is the author of several books, including other titles about Audrey Hepburn and French actress Brigitte Bardot. She currently resides in Paris, France.