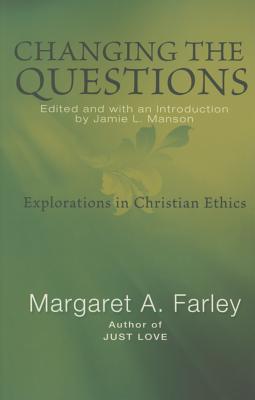 "A collected volume of essays by renowned ethicist Margaret Farley, including articles previously published in scholarly periodicals as well as unpublished lectures and spiritual writings."Essays from throughout Farley's long scholarly career, both published and unpublished, focusing on the intersection of ethics and public life. Farley's sermons as well as her essays on ecclesiology and feminism are also included, expanding this into a far-ranging summary of her interests and contributions to theology over the past four decades. The collection is edited by Jamie Manson, Farley's former student from Yale and current book review editor for the "National Catholic Reporter."Both an overview of and an introduction to the work of the church's leading ethicists, this book will be a valuable resource for students of public ethics, sexual ethics, and the ethics of relationships. Some of these essays had an important impact on their filed (for example, "Celibacy Under the Sign of the Cross" is still used in seminaries and theologates), while others will help round out our understanding of this important theologian whose students are professors and ministers all over the nation.

Margaret A. Farley is Gilbert L. Stark Professor Emerita of Christian Ethics at Yale Univeristy Divinity School. She is the author or co-editor of seven books, including "Personal Commitments: Beginning, Keeping, Changing; Compassionate Respect;" and most recently, "Just Love: A Framework for Christian Sexual Ethics." She has published more than 100 articles and chapters of books on topics of ethical methodology, medical ethics, sexual ethics, social ethics, historical theological ethics, ethics and spirituality, justice and HIV/AIDS. She has lectured widely not only in the United States but in Southeast Asia, Africa, and Western Europe.