Jane's World: The Case of the Mail Order Bride (Paperback) 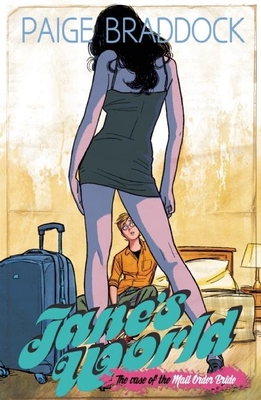 Jane's PayBuddy account gets hacked and she inadvertently purchases a mail-order bride from Transnistria. Jane doesn't realize she's about to embark on her honeymoon until the bride, Natasha, shows up on her doorstep, with luggage. Jane's roommate, Ethan, can't stop drooling over sexy Natasha. Luckily, after the demise of the local newspaper, Jane has just taken a job at the public library where she has lots of coworkers smarter than she is that she enlists to help her figure a way out of this accidental marriage. Natasha believes if she can get Jane to consummate their marriage that, according to California's new state rulings on same-sex marriage, she'll be a US citizen. But is that all she's really after? Or does true romance begin to bloom between Natasha and Jane? If Jane's part-time girlfriend, Dorothy, has anything to say about it, the answer is no.

Paige Braddock worked for several newspapers early in her career, including The Chicago Tribune and The Atlanta Constitution. In 1991, she began crafting her long-standing comic, Jane's World, the first gay-themed work to receive online distribution by a national media syndicate. In 2006, Jane's World received an Eisner Award nomination for best humor book. There are currently 11 volumes of the Jane's World graphic novel series in print. Paige lives in northern California with her wife, Evelyn, the obligatory two cats, and an exceptionallytalented dog named Buddy Barker.