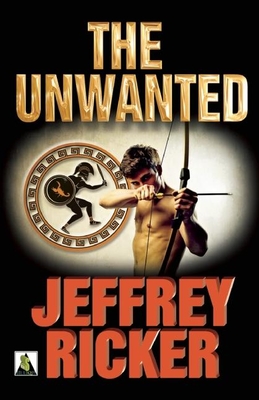 
Ships quickly (1-7 days)
Jamie Thomas has enough trouble on his hands trying to get through junior year of high school without being pulverized by Billy Stratton, his bully and tormentor. But the mother he was always told was dead is actually alive-and she's an Amazon Sixteen years after she left him on his father's doorstep, she's back... and needs Jamie's help. A curse has caused the ancient tribe of warrior women to give birth to nothing but boys, dooming them to extinction-until prophecy reveals that salvation lies with one of the offspring they abandoned. Putting his life on the line, Jamie must find the courage to confront the wrath of an angry god to save a society that rejected him.
Jeffrey Ricker is a writer, editor, and graphic designer. A magna cum laude graduate of the University of Missouri School of Journalism, his writing has appeared in the literary magazine Collective Fallout, the anthologies Paws and Reflect, Fool for Love: New Gay Fiction, and Blood Sacraments. Detours was his debut novel. He lives with his partner, Michael, and two dogs in St. Louis, where he is currently publications editor at the Missouri Botanical Garden and is working on his second novel. Follow his blog at jeffreyricker.wordpress.com.