The Case of the Girl in Grey (CD-Audio) 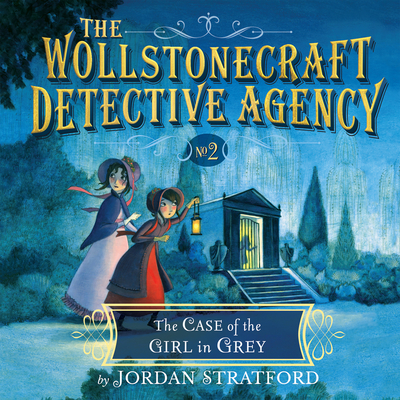 This is book number 2 in the Wollstonecraft Detective Agency series.

This history-mystery series continues with another fine display of brains and bravery from the Wollstonecraft Girls Ada Bryon Lovelace and Mary Shelley. Inspired fun for middle grade readers and fans of The Mysterious Benedict Society and Lemony Snicket! The Wollstonecraft Detective Agency was supposed to be a secret constabulary, but after the success of their first case, all of London knows that Lady Ada and Mary are the girls to go to if you have a problem. Their new case is a puzzle indeed. It involves a horrible hospital, a missing will, a hasty engagement, and a suspiciously slippery servant. But Mary s stumbled onto a mystery of her own. She spotted a ghostly girl in a grey gown dashing through the park. A girl who is the spitting image of their new client. The two cases must be linked . . . or else there s a perfectly supernatural explanation."

JORDAN STRATFORD has been pronounced clinically dead, and was briefly mistakenly wanted by INTERPOL for international industrial espionage. He is an ordained priest, has won numerous sword fights, jaywalked across the streets of Paris, San Francisco, and São Paulo, and was once shot by a stray rubber bullet in a London riot. He lives on a tiny windswept Pacific island populated predominantly by realtors and carnivorous gulls.